Warning! This book has the power to change lives!
Lisa has to stay with her grandmother for a few months because her mother works in another city. In her new school, Lisa for the first time finds herself being bullied. A gang of three boys constantly teases her for her protruding ears and make her life unbearable.

One day when Lisa, as almost every day, is being chased by the boys, she escapes into the library. There, at the bottom of a shelf, is a book that is so red shines. Lisa is dragged to the shelf and brings out the book which has the strange name "Handbook for Superheroes".

Buy the Book at 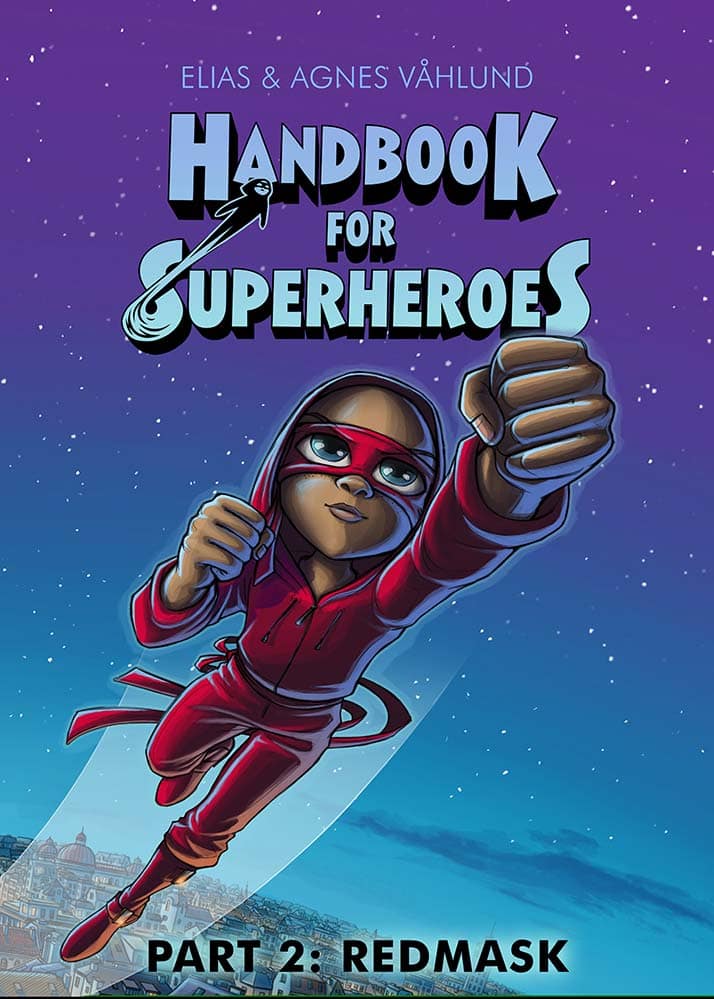 Winner of the Crime Time Awards for children 2018!
If you dream of something long enough, it will one day become a reality.
Lisa has completed her first mission as a superhero, but it feels like she only dreamed it. Because in her everyday life, everything is as usual: she is unhappy at school and the mean gang is worse than ever. They attack the weakest and bully everyone, including Lisa. But things are about to change. When an angry gorilla escapes and starts chasing the boys Lisa sees her chance to get revenge. The question is if she can. 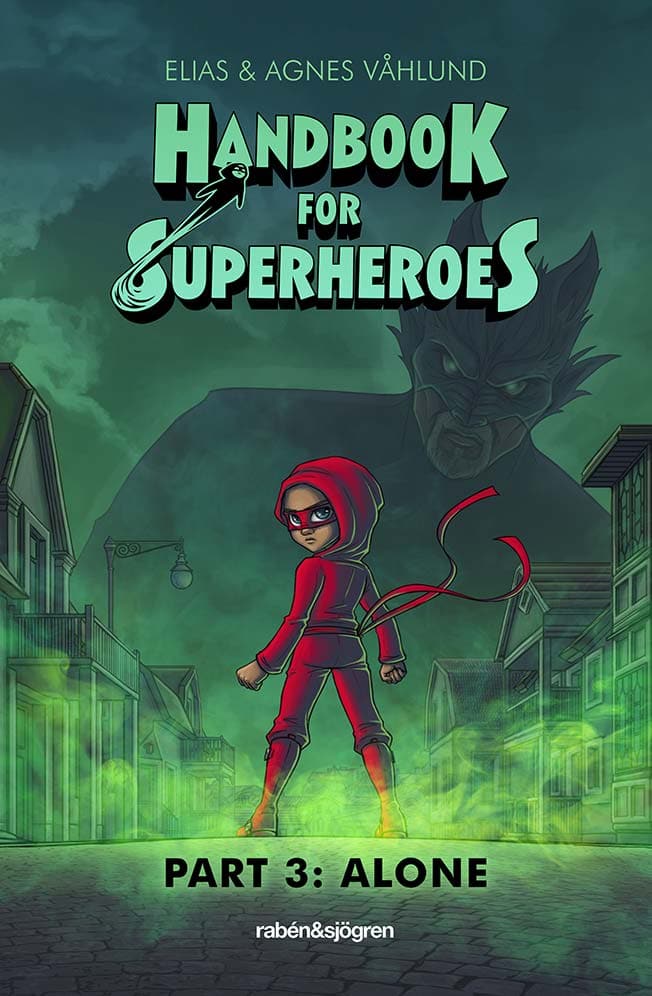 Alone is not strong! Being the superhero Redmask has changed everything for Lisa. She has gained self-confidence and dares to speak out for the first time in her life, but at school she is still just as lonely.
In the evenings, she flies out over the city and fights criminals. Every robber and thief are afraid to face the superhero. Everyone except the city's most dangerous villain, Wolfgang. He is not in the least afraid and he has sworn to capture the Red Mask. Will Lisa have time to put Wolfgang behind bars before he catches her? 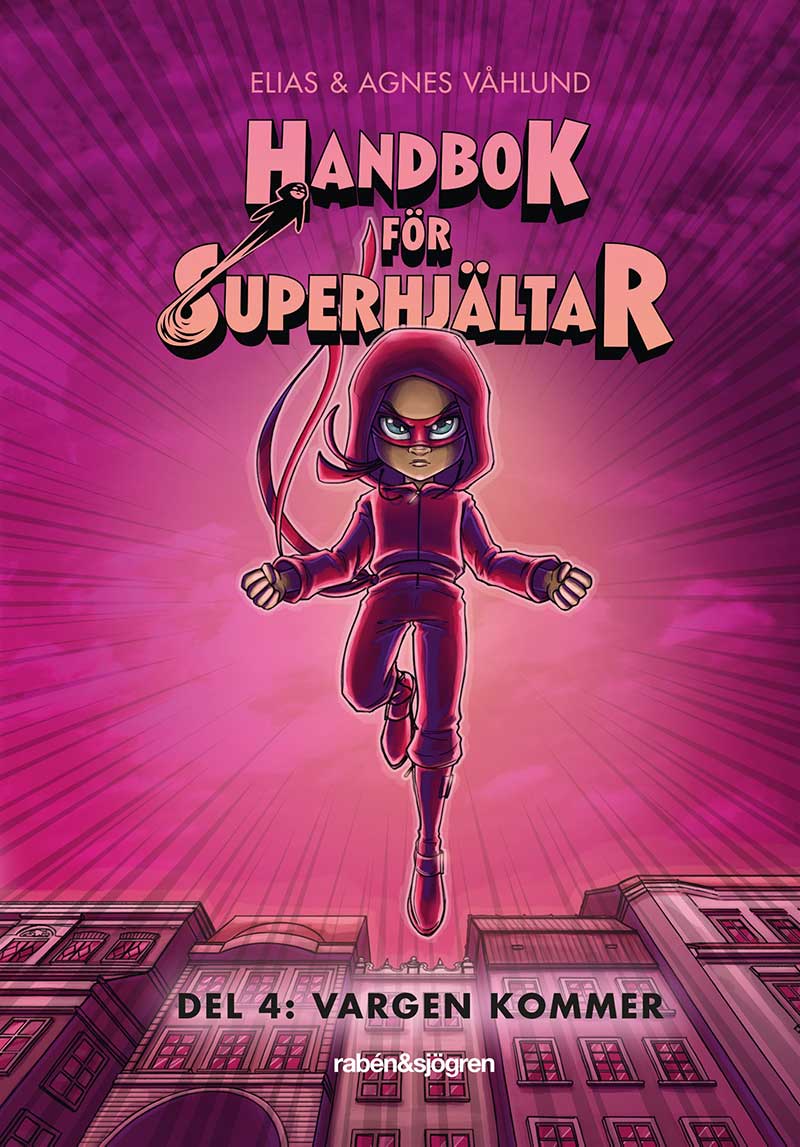 A superhero must never reveal his or her true identity!
The city's most dangerous villain, Wolfgang, has kidnapped the mayor and wants Redmask in exchange. He's wanted to catch Lisa for a long time, and now he seems to have figured out exactly what to do. Lisa does not know what to do, should she save herself or surrender to save the mayor?
But help emerges from an unexpected direction. The only question is whether Lisa can trust her new friends or not. 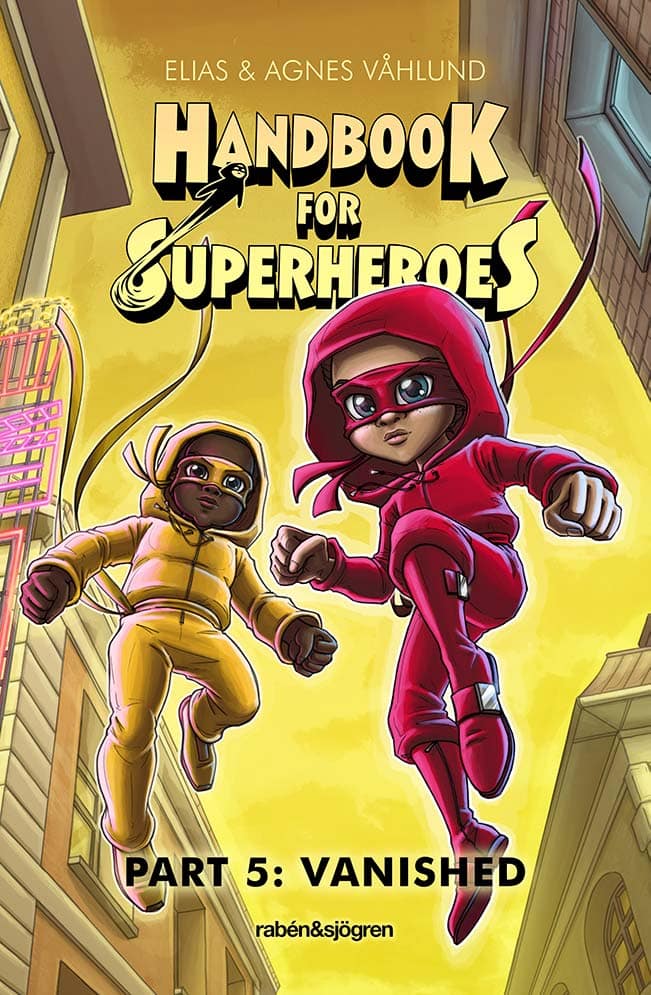 Only the really strong dare to show their weaknesses.
It has been just over a month since Rosenhill's big villain, Wolfgang, ended up behind bars. But that does not mean that Redmask and Wild Bee, the city's own superheroes, can take time off. There are still a few villains who think they can outsmart the superheroes.
But then one day something happens that even the superheroes have a hard time solving: Children start to disappear at night. One by one, they disappear without a trace. People are getting more and more scared and angry. Why can’t the superheroes find the children? At the same time, Lisa tries to teach Nick and Robert some superhero powers, but that doesn't seem to work either. Has Lisa taken on too much? 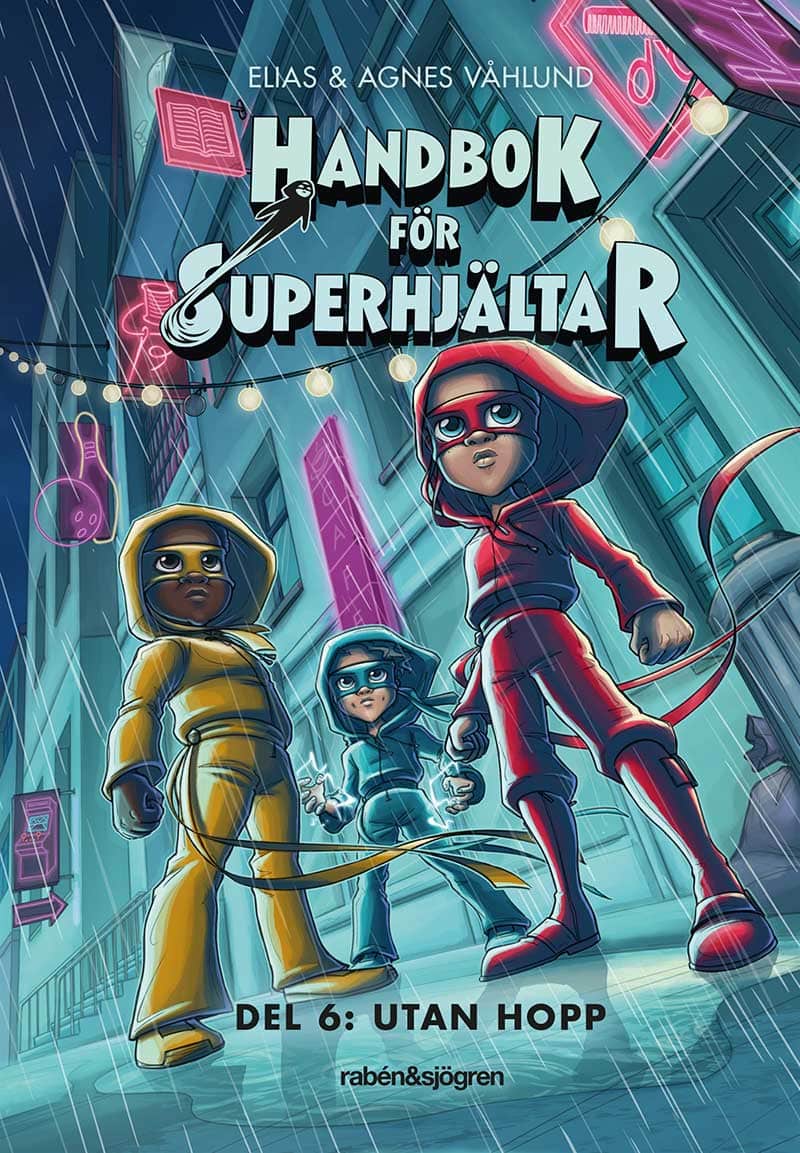 Scared people can be more dangerous than the things they are afraid of.
Rosenhill is in shock. Seven children have disappeared and there are no traces of them. Everyone is scared, and people are getting more and more angry at both the police and the Redmask. Why don’t they do something? And what use is there for superheroes if they can't find the kids?
At the same time, Lisa is struggling to train Nick, Robert and Max. Since she showed the Handbook to her friends, Robert and Max have learned a lot, but it always goes wrong for Nick. What happens if he gives up? And what happens to Lisa if she neither finds the missing children nor manages to keep her superhero gang together.

Popular and engaging children's books
The handbook for superheroes series is one of Sweden's most popular children's books at the moment. To date, the books have sold over 900,000 copies, been translated into over 20 languages ​​and are topping the lists for both library lending and children's book sales each year. They have won both the Crime Time Award for children in 2018 and the Best Audiobook of the Year for children in 2019. Currently, 6 books have been published, and there are plans for a total of 24 books.
The books follow the main character Lisa's development after she finds a handbook in how to become a superhero and the exciting adventures that take place around her after she takes on the task of training her superpowers. At the same time as she develops as a person and superhero, she is faced with trials, both by evil villains and in her personal life. The book series deals with several important topics, such as Lisa being teased at school and having low self-esteem because of this. As children's books, the series takes a very strong responsibility and treats these topics in a way that educates, inspires and provides understanding and insight, adapted so that children can easily absorb it.

The children's books in the Handbook for Superheroes series are available for purchase both online, for example at Adlibris, and in stores around the country. The books are suitable for children between 6-9 years old but are exciting and insightful reading even for older children and adults. All pages are covered with beautiful illustrations mixed with short text boxes, which really makes it easy to experience and get involved in the story and the world in which it takes place.

The Swedish books are also available as audio books and are read by Frida Hallgren. The audio books can also be bought online at e.g. Adlibris. If you, your students or your children have already devoured the children's books, there are also role-plays where the story continues as children themselves can become heroes in Rosenhill, build their characters, put them to the test and build a story with their friends and their characters. . The role-playing game is available for purchase via our own web shop, where you will also find official t-shirts. In addition to the children's books that make up the official document, there are several books aimed at children of the same age with bonus material, fun crafts, puzzles and intricate riddles.

A book for children

Where can i find your books?

What defines a children's book?